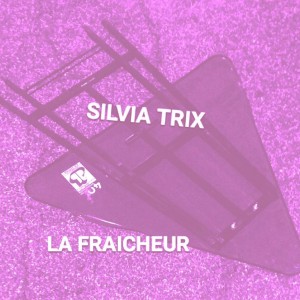 Biography
For over a decade now, first in Paris, then Montreal and now in Berlin, La Fraicheur has been brewing her own blend of Deep House & Techno beats, making a name for herself with her signature sound of emotionally charged Techno sets.
Marathon DJ, she is a resident in Berlin's renowned Wilde Renate and part of the Female:Pressure network. She can go on for countless hours, running the gamut from classics to new songs released only two hours earlier.

Expanding her craft by producing her own music ranging from ravy epic Tech-House to dark pumping Electro, spacious open air Deep House to melancholic Electronica, she spent the summer of 2017 doing an artist residency in Detroit, working on her first solo Techno album.

https://soundcloud.com/silviatrix
Silvia Trix is a DJ-producer coming from the Roman underground Electronic Dance Music scene. In the last few years she started producing her own music which is now the backbone of her dj sets.

In 2011 she launches her first release for the Roman label “Stencil Recordings”. At that point of her carreer Silvia Trix begins her journey into music production for various labels, including “Black Sam Records” of which she is the founder.

In her sets the powerful techno groove with a progressive influence generate a sound whose goal is to set the dancefloor on fire.

She played in the best clubs in Rome like Rashomon, Goa Club, Radio Londra, Ex Dogana to name a few. She has a strong presence in the international techno scene playing in historical Techno clubs such as Tresor, Mikz, Suicide Circus, About Blank, Kitkat Club.